Bangladesh Society for Surgery of the Hand 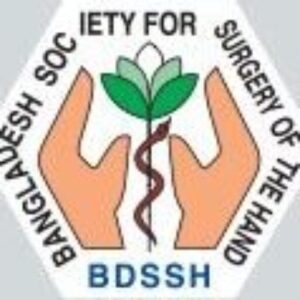 The name of the Society shall be
“Bangladesh Society for Surgery of the Hand”.
It is referred to hereinafter as the Society.

The Society shall be a non-party, non political, non sectarian and non profit making Society and shall
have the following aims and objects:-

1. To promote and direct the development of Hand Surgery in this country and keep it progressing.

2. To foster and co-ordinate education, study and research in Hand Surgery and Rehabilitation.

3. To increase the number of Surgeons who are able to manage uncomplicated as well as complicated problems related to the upper extremity by organizing training centres and post graduate courses.

4. To educate all members of the medical profession who are dealing with hand problems in small towns, small cities, larger areas, in industrial accident area and in other location, so that the management of the injured or diseased hand will be improved by better initial treatment, by arranging lectures, demonstrations and publishing pamphlets.

5. To conduct meeting or conferences on Hand surgeryl and allied subjects participate in or send representatives.

6. To do all such things which are incidental to or conducive towards attaining any of the above objective.

1. Membership
There shall be the following categories:
Member ; Honorary Members.

2. Members
Shall be registered medical practitioners of consultant or equivalent status who have produced evidence of providing sufficient achievement in hand surgery and persons in allied medical branches whose major interest and practice in hand/plastic/orthopaedic surgery at least for two years after post graduation degree/Diploma. Now only allow the life membership. Presently the only type of
membership available is Life Membership.

3. HONORARY MEMBERS
Shall be distinguished Surgeons or persons whose merit is esteemed by the Society.

4. Annually the Composition of membership will be reviewed by the Council.

5. ELECTION OF MEMBERS AND ASSOCIATES
Application for membership should be proposed and seconded respectively by the current members and sent to the Honorary Secretary for consideration by the Council. The approved names will be submitted to the General Meeting for election and a majority vote of 2/3 of the members present will be required.

6. The Honorary members will be nominated by the Council, and the names will be placed before the Society for election by the unanimous vote of the members present.

7. The Council shall have full discretion to refuse membership without assigning reasons for doing so and the decision shall be final.

8. The officers of the Society shall be the President, the Vice President, Honorary Secretary, Honorary Treasurer and the Honorary Editor.
9. The nominations of the Officers will be made by the Council from amongst the members and shall be offered for election at the next Annual Meeting.

14. The Honorary Secretary shall issue and receive notices and deal with matters connected with the convening and proceedings of the General and any extra ordinary General meeting and those of the Council. He shall carry on correspondence and provide information about the work of the Society, travel and take all such other steps as well as promote the Aims and Objects of the Society.

15. Subject to the overall control of the Council, Honorary Treasurer shall exercise supervision over the financial transactions of the Society and in particular ensure the maintenance of full accounts of the receipts and disbursements of funds there of, the collection of subscriptions and maintenance of up-to- date registers, the issue in proper form and time of the Annual Audited Statement of Accounts and other necessary statements, and take all other steps for the good and efficient management of the funds, assests and properties, if any, of the Society, the Honorary Treasurer shall also assist in the collection of funds for the Society.

16. The Editor shall collect proceedings of the Society and this should be called HASTA, Journal of the Bangladesh Society for surgery of the hand. It will be circulated amongst all members and associates and to other persons as the council may direct.

17. The Society&#39;s executive body shall be called the Council. It shall consist of the President, the Honorary Secretary, Honorary Treasurer, the Honorary Editor ,Joint Secretary and five other members. The immediate past President and secretary shall be an ex-officio member of the Council. The members of the council will be elected from the members of the Society. The nominations shall be proposed and seconded by two current members and should reach the Honorary Secretary before the end of November. The full list of nominations found to be in order shall be circulated to all members along with the Agenda at least 21 days before meeting.

18. Only those members who have previously been at least one full term on the Council shall be eligible for the post of Vice-President except in the case of the first election.

19. The Council shall manage and supervise the properties of the Society and spend money as may be required for the attainment of its objects.

21. It shall pay all rates, rents, taxes and salaries and remuneration to the employees of the Society; and also fix, collect, increase of decrease the rents of any of the properties of the Society.

22. It shall acquire in the name of the Society of or in the names of the Council by gift, exchange, lease, on hire or otherwise howsoever any lands, buildings, casements, rights of common or privileges for the purpose of the society.

23. It shall borrow or raise money which may be required for the purpose of the Society upon bonds, debentures promissory notes by the Creation of a mortgage or charge on the property of the Society subject to the sanction of the General Body, negotiate or enter into contracts on behalf of the Society and vary or rescind such contracts.

24. It shall do all such acts, deeds, and things, as are incidental or conducive to the attainment of the above powers or any one or more of them and the objects herein specified.

25. A General Meeting of the Society shall be called of those entitled to attend and vote, ordinarily at the time of the annual meeting but in no case at intervals longer then 30 months. Members will be entitled to vote. Honorary Members and Associates shall not have a vote.

The quorum for the General Meeting shall be one third of the total number of members present. The following business shall be transacted at the General Meeting, namely:-
To adopt the Report of the Council for the past term.
To adopt the Annual Audited Statements of Accountants for two years.
To elect the Office-Bearers and members of the Council for ensuing term.
To appoint the auditors and fix their remuneration for the ensuing term.
To consider any other business with approval of the Chair which due notice is given to Council at least four weeks before the date of the General Meeting.
The ruling given by the Chair on all questions of procedure shall be final. On other questions, the members present shall have the power to decide by vote, taken by ballot if demanded by at least three members. The chairman shall have a casting vote in the event of a tie.

27. An Extraordinary General Meeting shall be called whenever deemed necessary by the Council, or at the written requisition of one-third of those entitled to attend and vote at such a meeting stating the purpose for which it is to be called. Such a requisition shall first be considered by the Council and if it does not contravene any provision of this Constitution, the Council shall direct that such meeting be
convened.

30. All those entitled to attend and vote at it shall receive, under Certificate of posting, two weeks notice of the Extraordinary General Meeting, provided that non-receipt if such notice by a member entitled to receive it, earlier absolutely or at the proper time shall not in any way invalidate the meeting or the decisions taken there at.

31. Any additions, alterations or omissions in the Rules and Regulations of the Society or its By-laws shall be effected by a Resolution passed by two third of the members present in person and entitled to vote at a Meeting of the Council. So far as concern the alterations, extensions or abridgements in the purposes of the Society the provisions of Sections

12 of the Societies Registration Act (XXXI of 1860) shall apply.

32. The Life membership subscription will be Tk. 5000/- (Presently the only type of membership available is Life Membership).

33. A member who has not paid subscription for last 12 months inspite of being duly informed, will cease to be a member of the Society, An application forwarded with payments of arrears after the consent of Council will be required for reinstatement. All members should pay their IFSSH Subscription annually.

34. The financial year of the Society will end on 31 December.

36. The Clinical Meeting shall be held twice a year. The time and place will be decided by the vote of the majority at he General Meetings but the Council will have power to alter these arrangements.

37. The Council shall have the right after giving due notice in writing and if so requested within a period of one month, after hearing the member in question, to expel any member who may act in any way prejudicially to the interest of the Society or whose membership may, in the opinion of the appropriate Committee, prove embarrassing or undesirable provided that no membership shall be withdrawn and no member shall be expelled unless the decision is by a majority of 2/3 of the members present and voting at the meeting of the Council.

38. If on the winding up or dissolution of the Society there remain after the satisfaction of all its debts and liabilities any property or assets of any kind whatsoever, that same shall not be paid to or distributed among the members of the Society or any of them, but the said property or assets may be disposed of by transfer to other like non-profit making agencies willing to carry out the purposes for which the property or assets were originally acquired, or in accordance with the directives of the court on application being made to it by the Society.